Marco Miele is a mentalist, hypnotist and magician from Stuttgart with Italian origins. For many years, he has been performing magic on various stages in Germany and has turned his passion into his profession. The desire to show his unique magic also in his second home country, Italy, has brought him to Italia’s Got Talent. Attracted by jury member Joe Bastianich’s mysterious personality, he decided to take is chance.

The dream of standing on the famous star came closer and closer; carefully and thoroughly prepared, he finally went to Italy for the casting. After hours of endless queues, of waiting and anxiety behind the scenes and a good portion of excitement, the time had come! Marco stepped onto the IGT stage and performed his magic in front of the TV cameras.

He put Joe Bastianich into a light hypnosis in front of the strict jury and the excited public, and left both, the jury and the public, incredibly amazed.

Standing Ovation and 4 “YES” have been the reward for this amazing and fascinating performance! How did he do? Find out and experience Marco’s amazing performance here in the video!

But, that’s not all; the Italian magician from Stuttgart had left everyone so amazed and enthusiastic that the public chose him as the only magician for the final! That definitely exceeded his expectations.

The talented mentalist enchanted again in a very poetic way and presented a live performance that touched everyone’s heart. Marco looks back at this unique experience with a lot of joy and gratitude, which reflects the passionate devotion to his work for magic.

To Italia’s Got Talent, as he had personally said, he wanted to bring first of all himself and something that had never been seen before…he succeeded in that. Marco believes that there is a power amongst human beings that goes beyond what we are aware of, there’s a world, which is not the one that we see with our own eyes. He has tried to penetrate exactly into this world to show everyone what is possible. Magic is inside all of us, we just have to believe in it. Experience it for yourself and enjoy Marco’s way to the Star of Italia’s Got Talent here! 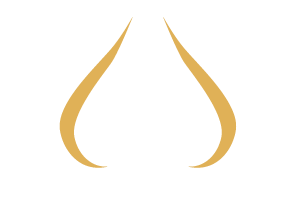